The construction of the light rail has reached the southern part of Otaniemi. In addition to building the light rail, all of the road structures are going to be renewed, including pedestrian and cycling routes. The street construction project will also include works such as renewing the municipal technology, moving electricity and data cables and the district heating grid, and reinforcing the ground before building the street and rail structures.

Miestentie will be reopened to motor vehicle traffic. The Vuorimiehentie and Otaniementie roundabout will be permanently removed and replaced with a normal intersection.

The bus stop E2229 on Otaniementie will be permanently removed from use.

A new temporary bus stop E2233 Luolamiehentie will be introduced at Otakaari to improve metro connections on routes 108N, 111 and 552. The stop will be removed from use later, in connection with route changes planned for the autumn.

Work will primarily be carried out between 7 am and 6 pm on weekdays. We may perform some less noisy work in the evenings between 6 and 10 pm, at weekends and on weekday holidays. 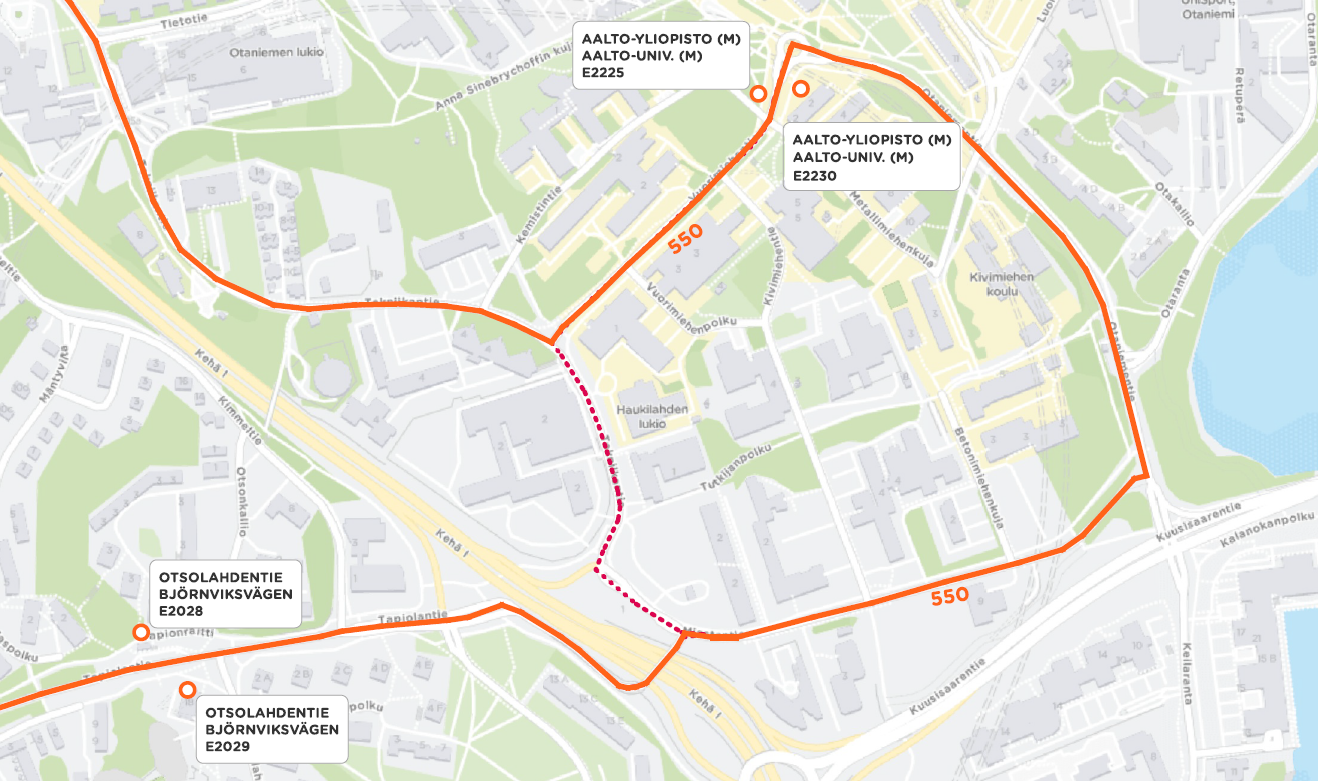