Leppävaarankatu will be changed into a one-way street (from east to west) in front of the Sello shopping centre between Numersinkatu and Ring I. The traffic arrangement will be in force from Monday 3 February 2020 until the end of October 2020. The arrangements are due to the construction of Jokeri Light Rail.

It is possible to drive west from Ring I along Leppävaarankatu, while Ring I can be accessed from the west along the route Säterinpuistotie–Säterinkatu or alternatively Ratsukatu–Lintuvaarantie–Turuntie. Access to all plots and parking halls will be secured throughout the entire construction period. Vehicle access from Leppävaarankatu to Alberganesplanadi will be closed, and access to the properties along Alberganesplanadi will take place via Säterinkatu.

Walking and cycling routes around Leppävaarankatu will change as construction work progresses, but access will be maintained at all times. The changing routes will be communicated around the site and on the Jokeri Light Rail website.

Changes will be made to the routes of buses running along Leppävaarankatu. The routes for lines 225K, 543 and neighbourhood routes 207 and 229 will change on Monday 3 February 2020. Line 543 will follow the route Linnoitustie – Säterinkatu – Ring I – Hevosenkenkä – Leppävaara terminal. Line 225K and neighbourhood routes 207 and 229 will run via Zanseninkuja. The two Sokerilinnantie stops (E1111 and E1113) on Alberganesplanadi will be closed completely. For more information on the diverted routes, visit the HSL website.

Water supply and other municipal utilities will be renewed and new street structures and a tramway will be built in accordance with approved street plans on Leppävaarankatu. Overall, the work on Jokeri Light Rail will continue on Leppävaarankatu until 2021. 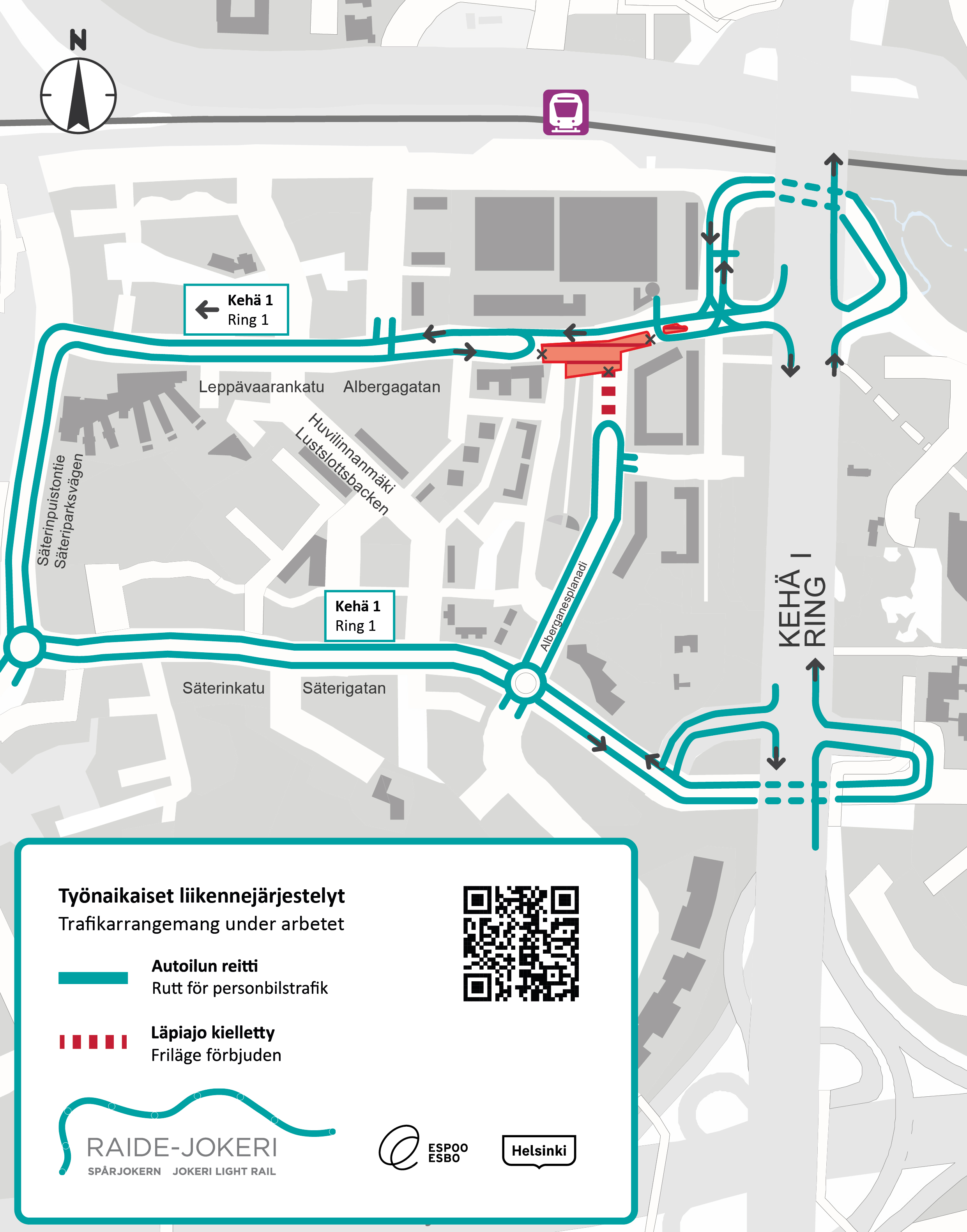