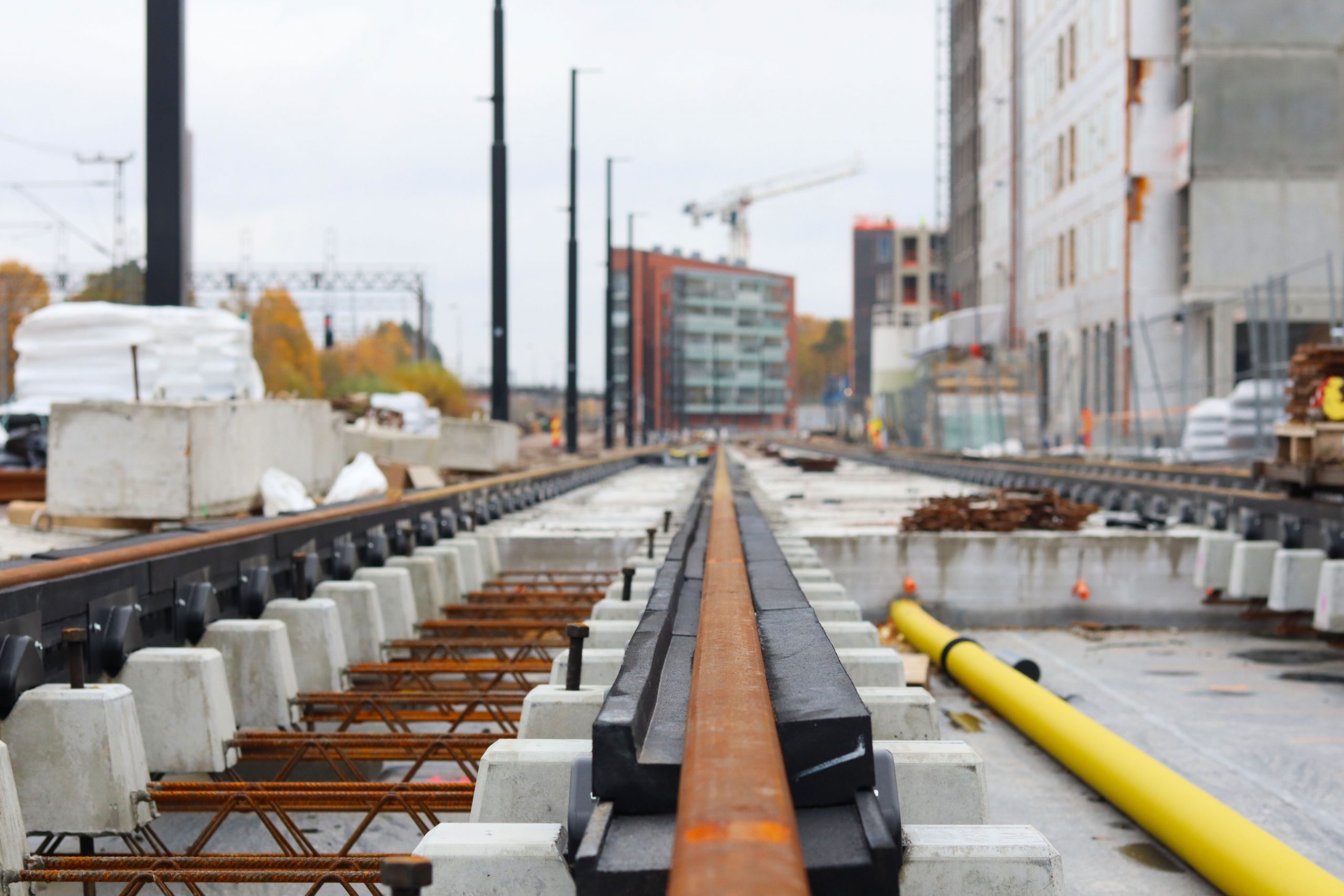 Of the construction of Jokeri Light Rail, 75 per cent is now completed. We reached the milestone of three quarters at the end of October 2021. Rail construction has progressed ahead of schedule, and 21 kilometres of the 25-kilometre rails are now finished.

The original target was having completed 20 kilometres of the rails by the end of 2021. Expectations were exceeded thanks to successful resourcing, coordination of schedules, and developing working methods.

“The rails have been built with 7–8 working groups. Both the workers and methods have developed during the project. In the Alliance, the cooperation between the excavators and rail constructors has been successful – when the excavators have finished the groundwork early, the schedule of the rail constructors has been flexible and moved ahead,” says Juha Saarikoski, the client’s project director.

The construction sites will settle down towards the winter, and some of them will take a winter break before the construction season of 2022. In 2022, we will construct the remaining rail sections in the Patterimäki tunnel, on Pitäjänmäentie, in the western and eastern ends of Eliel Saarisen tie, and in the eastern part and end stops of Maaherrantie. In addition to rail construction, we will continue other construction work in 2022 on most of the streets on the Helsinki side. The construction in the Espoo section will mostly be finished in 2021.

In 2023, we will add the finishing touches to the Jokeri Light Rail worksites. We will also run commissioning tests and test traffic. The operation on the light rail should start in January 2024.