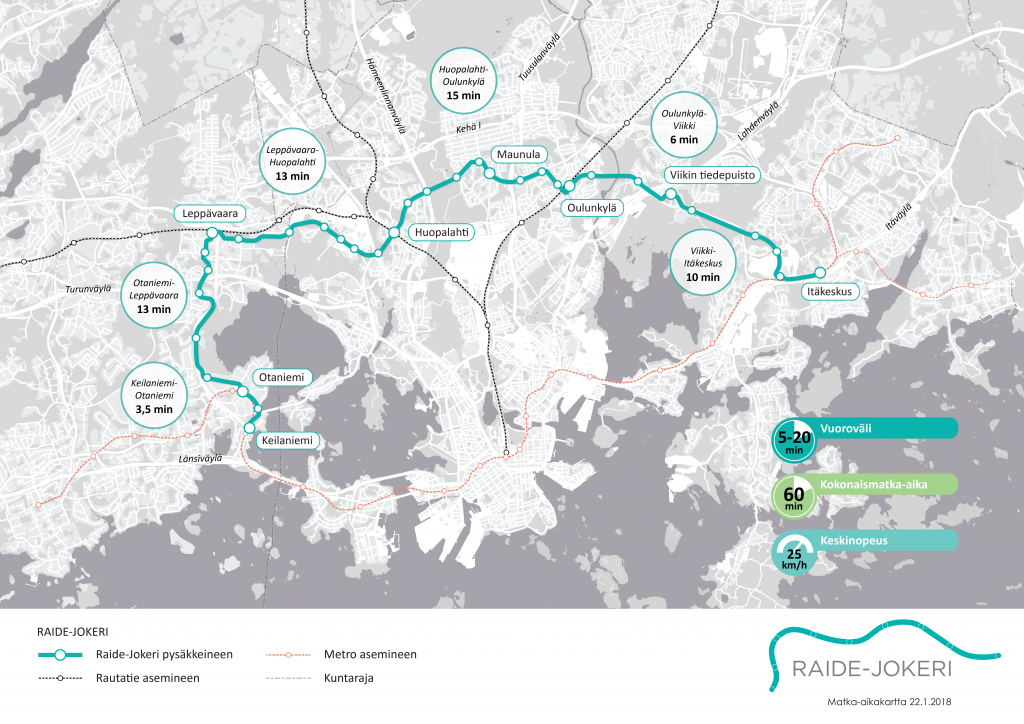 The trip from Itäkeskus to Keilaniemi takes approximately an hour with Jokeri Light Rail. The rails are 25 kilometres long, and the average speed is 25 km/h. The travel times are not shorter than with the current Jokeri line, but the light rail system will have room for 2–3 times as many passengers. The light rail cars will not be stuck in traffic like a bus as the light rail has its own lane. The average trips made with Jokeri Light Rail are estimated to be 3.5 kilometres long, similar to the current bus 550.